Downtown Wichita Falls Development, Inc. plays an instrumental role in Downtown projects by gathering stakeholders at the table, by fundraising for ongoing projects and preservation, and by supporting City planning while advocating for redevelopment. We are here to keep Downtown the go to place for residents, businesses, and visitors – and reinvigorate the heart of our City while maintaining the beauty and respecting it’s heritage.

Enhancements include all new lighting, 15 new benches for conversation and enjoyment (and based on the kiddos here yesterday these are now the new downtown drum set), a billboard for people to learn about downtown events, a pet station for our 4 legged friends, and our crown jewel sculptural placemaking project with the emblems and the letters “WFTX” representing Downtown and the City of Wichita Falls. Our intent is that through this placemaking sign, we have created a site that transforms and focuses on public spaces and strengthens connections between people and Wichita Falls. 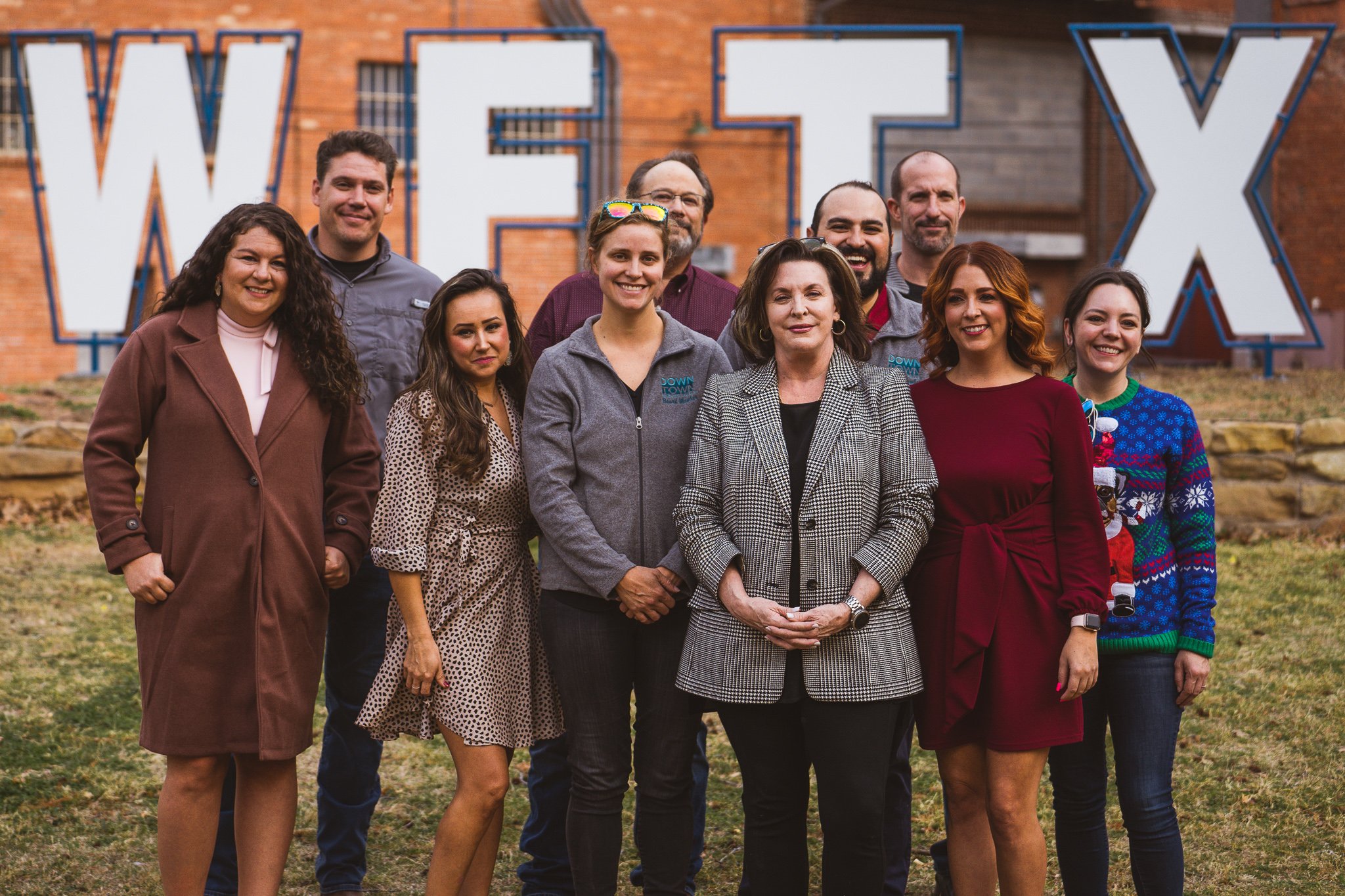 A lot went into this project and the support we received for it is a monument to Downtown as a cornerstone of the community and also reiterates everyones desire to see this district thrive. DWFD wants to thank the City of Wichita Falls for letting us take on the vision the park. A lot of departments were involved in this process, but more specifically City leadership and administration, property management, and parks department. Wouldn’t be possible without you all on board. There’s nothing greater than someone in my position being able to sit in front of stakeholders of the community and share a vision and receiving support with enthusiasm and collectiveness. The “W” behind us is sponsored by J.S. Bridwell Foundation, the “F’ is sponsored by Brian’s Plumbing, and the “T&X” is sponsored by Texoma Community Credit Union. We would like to thank those who donated to us during Texoma Gives, thank you for buying into the idea of a community living room and for selfless donations to the cause.

In August of 2022, DWFD placed 60 banners in the district. The project was funded with a mix of DWFD funds and 4B STB. We worked with the traffic on installment before the annual Hotter’N Hell Hundred. The banners help define district lines and lead visitors to the heart of the city.

Built in 1915, the structure was originally used as a bank, pool hall and cigar store. In 1924, Morris (M. B.) Zale, William Zale, and Ben Lipshy opened the first Zales Jeweler store in this location, where they remained until 1940. Since then, the building has been used as a jewelry store, and perhaps most familiar to locals, as DeFoor’s Pawn Shop.

Restoration of the building took 3 years to complete. The building sold in 2017 to Ganache Co. and in December of that year Karat Bar & Bistro and Ganache To-Go opened. 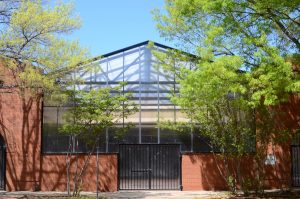 Downtown Wichita Falls Development, Inc. is supporting the movement of making Wichita Falls a more bike rack friendly city, thus striving for an inclusive environment for our friends on two wheels. You will see many additions of bike racks along the streets in an effort to do our part in creating a bicycle-friendly community. We’re proud to be working on a partnership with the WFISD Career Education Center that will allow some bike racks to be built and welded by local high school students.

With funds generously provided by the Economic Development Corporation and private donors, we’ve been able to continue our partnership with local welders from The Burn Shop to produce  artistic, yet functional, bike racks that are a great addition to our community and celebrate the identities we celebrate. This ongoing project, that commenced in 2018, will progress in 2019 with the addition of at multiple racks in the downtown area.

As pedestrian traffic has significantly increased in the Downtown area, so has the need to make citizens safe while on their walkable journey. Seeing the necessity to implement crosswalks at intersections and placing importance on public art, Downtown Development through authorization of the City of Wichita Falls and Downtown Steering Committee commenced the progressive project known as “Art Cross Walks” to enhance 6 intersections in the core of the central business district. To date, only 6 other communities across the State of Texas have attempted such a progressive project.

In celebration, these projects have garnered attention of the statewide agencies of Texas Downtown Association and Texans for the Arts, acknowledging the uniqueness of the project as a tool of revitalization.

Following the recommendation of complete street consulting, the implementation of benches has been important as we allow people to sit in their surroundings and absorb the atmosphere. These benches have been dedicated over the years so an individual who has volunteered and made an impact to the course of downtown revitalization.

Downtown Development supports the cleanliness of the district and the importance of recycling. These trash cans are a result of that effort and helped made possible by a grant from the Alocoa Foundation.